Skip to content
Home
Technology
New Yamaha R15 v3 vs Suzuki GSX150r vs Honda CBR150r – Which One Is Best?

Sport Bike, One of the most favorite thing for Bike lovers in all over the world. Due to cc limitation, Some countries people don’t get high end sports bike in their country. 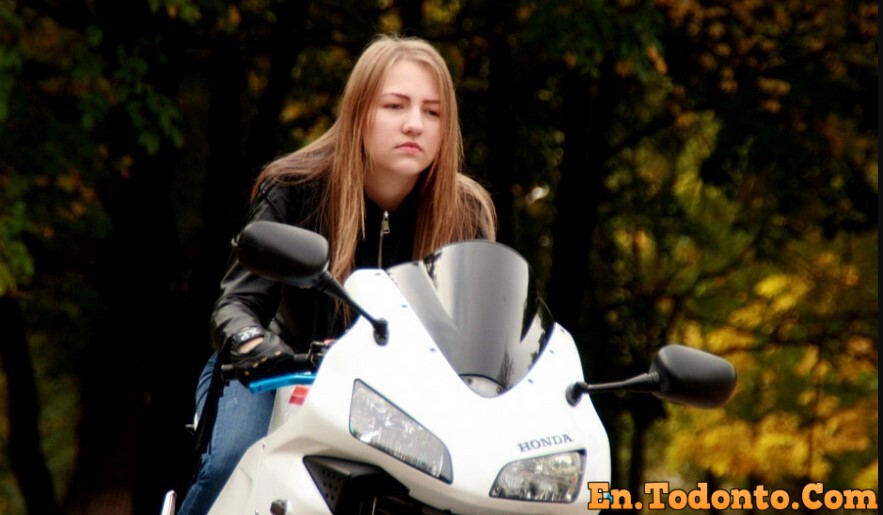 Finally, after many years BHL is going to launch Honda X Blade in Bangladesh. The Street All rounder. The price Read more

At first, let’s talk about Honda CBR150R. The bike first came in Bangladesh at 2016. Later on in 2017, Honda Bangladesh PVT Ltd. officially launched the bike in Bangladesh. The bike has a brand new engine, which was not in the previous model. Now, from this 149cc engine, 16.9 bhp and 14.4 NM of torque is produced. The bike has a six speed gearbox. The biggest change on the bike is the looks. In general, Honda motorcycles are known as not so beautiful. But, this bike has a completely different design concept. The headlight is now full LED. It has 6 lamps in the headlight. But, even though, it is a LED headlight. It is not good enough for night riding.

The bike has 100 section tire at the front and 130 section tire at the rear. If I come around the motorcycle, then it is clear that the bike is really light. Only 136 kgs. The bike has a really good acceleration. The fuel tank carries 12 liters of fuel. And there is a new speedometer used in this bike. In which, you can see the RPM, Speed, Gear, and more.

Though being an exclusive bike, it has some minor problems. One of them is that, it doesn’t have any engine kill switch. And, most of Honda bikes don’t have that either. Another problem is the ball racer. It becomes damaged quickly. We faced this problem in many motorcycles. The biggest complaint is most probably the chain sprocket. The chain sprocket doesn’t survive more than 10 thousand kilometres. In many bikes we got the complaint that, there is a noise of the timing chain in the engine. We heard the same in this bike too. But, it is really easy to solve. The bike has normal telescopic suspension in the front. And there is a mono shock suspension in the rear.

Let’s talk about performance of Honda CBR150R. We clicked 142kmph of top speed in Honda CBR150R. The mileage is really good in the city. We got 38 to 40 kmpl of mileage in Dhaka And 45 kmpl in highway. The biggest advantage of the bike is that, it is a good all rounder. As the handlebar is upright, you can ride this comfortably in the city. And also be confident in the highway. We faced no kind of pain while riding this bike. And, even though it is a telescopic suspension. The front suspension gives great feedback. The bike is officially being imported by Honda Bangladesh Private Ltd.

Let’s come to the Suzuki GSX-R The bike is really slim and really short. The bike uses a 147cc engine. From this engine, the bike produces 18.9 bhp and 14 NM of torque. The bike weights only 131kgs. Therefore, it is the lightest motorcycle in the segment. So, the weight is low, and the power is high. As a result, the bike is really good on power to weight ratio. And, the acceleration is tremendously fast. Whenever you sit on this bike, you will understand That, people with any height, Especially for people around 5.5 feet will face no difficulty riding the bike. As the bike is really slim, you can easily ride the bike in the gaps in Dhaka city.

There is a problem. The problem is the handlebar. As it is really sporty, there will be some pain in the shoulders and the wrists. But, the bike is perfect for people who are short in height.

Let’s talk about performance. We clocked a top speed of 152 kmph in this bike. The mileage was moderately satisfying. We achieved 32-35 kmpl in Dhaka. And 38 kmpl in highway. One of the problems of this motorcycle is the EFI system of the bike. The EFI system doesn’t let the user to lock RPM. As a result, you can use the full RPM. Therefore, there is a question about the engine reliability. The bike has a 90 section tire in the front And there is a 130 section tire in the rear. The suspensions are conventional just like the CBR150R. But, there is a change in the disc. The disc is a petal disc. If we come to the rear, we’ll see the exhaust system.

The exhaust system is dual channel, moderately similar to Suzuki Gixxer. There is a disc brake in the rear and both the tires are tubeless. There is LED headlight in the front. The headlight is a bit different from other motorcycles. Where other motorcycles tend to widen the headlight. Suzuki decided to place stretch it on up and low. This maybe is one of the reasons. This has the best headlight among these three. To ride in both city and highway, Even though the bike weighs 131 kgs, The weight distribution is more on the front. Therefore, there could be a bit of problem in high speed braking and cornering. Another problem is the front wheel of the bike. Due to the 90 section tire, the front grip is not enough. Therefore, everyone is requested to maintain the correct tire pressure.

This bike has a really interesting feature, which is key less entry. After you press this key, you will be able to start the ignition via self. But, there is a problem. Problem is, there is only one remote with one bike. So, if you ever lose this and the bike is locked. Then it will be really difficult to unlock the bike. Everyone is requested not to lose this at any cost.

Let’s talk about the fuel tank. The tank carries only 11 liters of fuel. And also as you are getting a low mileage, you won’t get a good backup in highway. As we have already said that, the bike is really light. Therefore it has a great power to weight ratio. The bike has a telescopic suspension in the front. And mono shock suspension in rear. There are a lot of problems with the stability of this bike. Though braking and the tyre grip is good. But it is not good for high speed riding and cornering. Those were the stories of CBR and GSX-R.

Let’s talk about Yamaha R15 v3. We were waiting for a long time For the launching of version 3 after the version 2. And, Yamaha did just that. But, they thought completely different, while launching the version 3. When CBR150R and GSX-R was launched. We all tried to imagine how the version 3 would be like. Yamaha thought a lot, and the just changed the basic concept of the bike. Yamaha did a totally new design on this bike. The bike is bigger than version 2, and also wider. The bike has a new engine. The 155 engine produces around 19.1 bhp and 14.7 NM of torque. This one is the most powerful and most torque producer among these three. The bike weighs 137 kgs. Even though the tank looks big, it carries only 11 liters of fuel.

But, more important thing are the changes of the bike. From the back, first we see the tire. The rear tire is upgraded from 130 to 140 section. Also, there is grab rails now. In the front, we can see there’s a new LED headlamp. Though the LED headlamp doesn’t work well in night. But, it adds a new dimension to the motorcycle. The bike has USD suspension in front which is known as upside down suspension. Upside down suspension is not really great for Bangladesh. As the roads here are not smooth. Another change is in the disc brake. It is now 292mm, which is biggest in the segment.

If we talk about the engine now, then we need to talk briefly. The engine has VVA technology in it. It is called variable valve actuation. After 7000 RPM, it will increase the air intake efficiency of the valves. So, you will get the maximum fuel efficiency and power at high RPM. The bike has another change, which is slipper assists clutch. Due to that, the clutch of the bike becomes really light and smooth. And, gear change happens so fast. Therefore, it has better acceleration than other motorcycles. If we talk about the ergonomics, then the bike is really bulky. And it may be difficult for people with short height. Another problem may occur, which is due to the traffic in Dhaka city.

It will be little tough to ride the bike in heavy traffic. But, it is the most track oriented motorcycle. The handlebar is designed just so that you get maximum performance on track. I think, the bike was designed for long distance tours. Yes, It would be a little struggling for city riding. But, whenever you will go out in the highway like Dhaka-Mymensingh, Dhaka Khulna You will enjoy a lot. Because of it’s high stability and engine mapping. The biggest strength of this bike is it’s cornering and braking ability.

Among the three bikes which we are reviewing today, this has the best cornering ability and stability. Yes, city ride will be a bit bitter. But highway will provide the place for maximum performance.

Let’s come to the performance of Yamaha R15 v3. We have already talked about the engine, which is really powerful. Top speed we achieved was 150kmph. About the mileage, we got 35 to 38 kms per liter in Dhaka city. And, when you go to the highway, you will get 40 kmpl of mileage.

Finally, after many years BHL is going to launch Honda X Blade in Bangladesh. The Street All rounder. The price Read more

So, which one is best? All three have different characteristics. If we talk about Honda CBR, this is now officially available in Bangladesh. So, you will get all spares and warranty. The interesting bit is, we are happy With it’s mileage, it’s suspensions, and its comfort. You will get great comfort in both city and highway. But, it has some quality issues, which I believe Honda will solve in near future.

Lets talk about Suzuki GSX-R150. It has great speed. And it has maximum power to weight ratio. Therefore it has great acceleration and speed. But, we are not happy with the engine reliability. Another problem is the stability. There was a slight lack of stability in high speed. The mileage was a bit disappointing, as we were hoping little more.

And lastly, let’s talk about Yamaha R15 Version 3. R15 version 3 is a fantastic motorcycle. It will outrun the other two in technical and performance. The problem is, the bike is really bulky and big. And, this is too much expensive for Bangladesh. It will be very difficult to find spares for this. But, it is a great bike for cruising.

Now, you are going to ask about the prices. The price of Yamaha R15 Version 3 is around $6,000 US Dollar to $6,200 US Dollar. Suzuki GSXR-150 is around $4718.67 US Dollar. And the Honda CBR150R Which, if you buy the red color, will cost you $5308 US Dollar. And if you go for the Repsol color, it’ll cost you $5508 US Dollar. Only CBR is officially available in Bangladesh through the hand of BHL. Rest two are brought by the importers The problem with that is, you won’t get any spares facility or servicing. The things which you will get from the CBR150R by BHL As the prices are always moving. 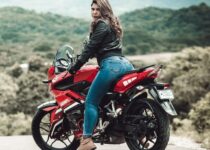 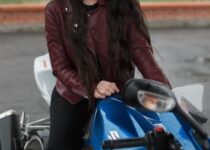 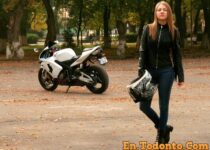